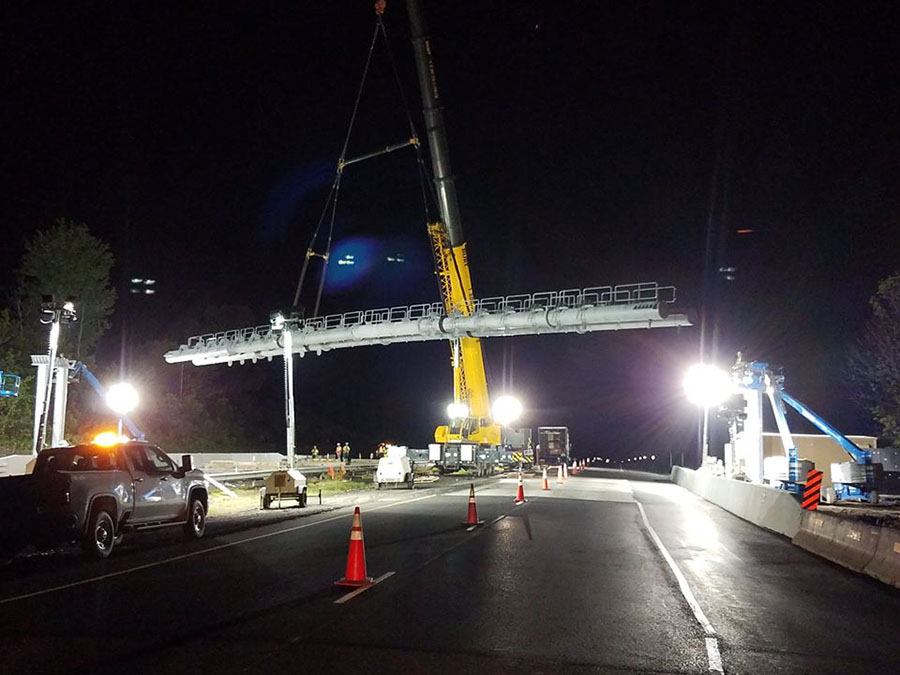 The scope of work for the project involves the design and construction of “Cashless Tolling” on the New York State Thruway ticketed system for an over 400-mile stretch from approximately NYS Thruway Exit 16 to 61 (MP 45.00 to MP 496.00). The project includes the construction of 55 new cashless tolling gantries, comprised of 21 “Mainline” and 34 “Open Road Tolling” (ORT), as well as the removal of existing toll booth infrastructure.

The work to be performed varies at each toll plaza location with Cashless Tolling to be implemented by demolishing toll booths and replacing them with overhead gantries on the Thruway Mainline. The Mainline tolling is comprised of eleven (11) interchange-to-interchange connections and five (5) terminus points on the current ticketed system and shall involve the strategic cost effective placement of gantries, the removal of toll plazas, the reduction (in most locations) of the infrastructure footprint, positive separation of opposing traffic, signing, striping, design and construction modifications of super elevations to accommodate higher speeds through the gantry areas and modified toll plazas areas, landscaping, electronic work, communication building construction (communication buildings), possible tandem lot access modifications or closures or relocations, and/or solutions to provide safe ingress and egress to and from the Thruway System.

At the 34 ORT Exit locations, the work to be performed varies at each toll plaza location with similar Cashless Tolling scope as described above, including demolishing existing toll booths and replacing them with overhead mini-gantries at the 34 Open Road Tolling locations.

On Point was part of the Design-Builder’s pre-bid team and developed the project schedule that was included in the technical best value proposal. Following successful project award, On Point provided scheduling services throughout the design-build project.